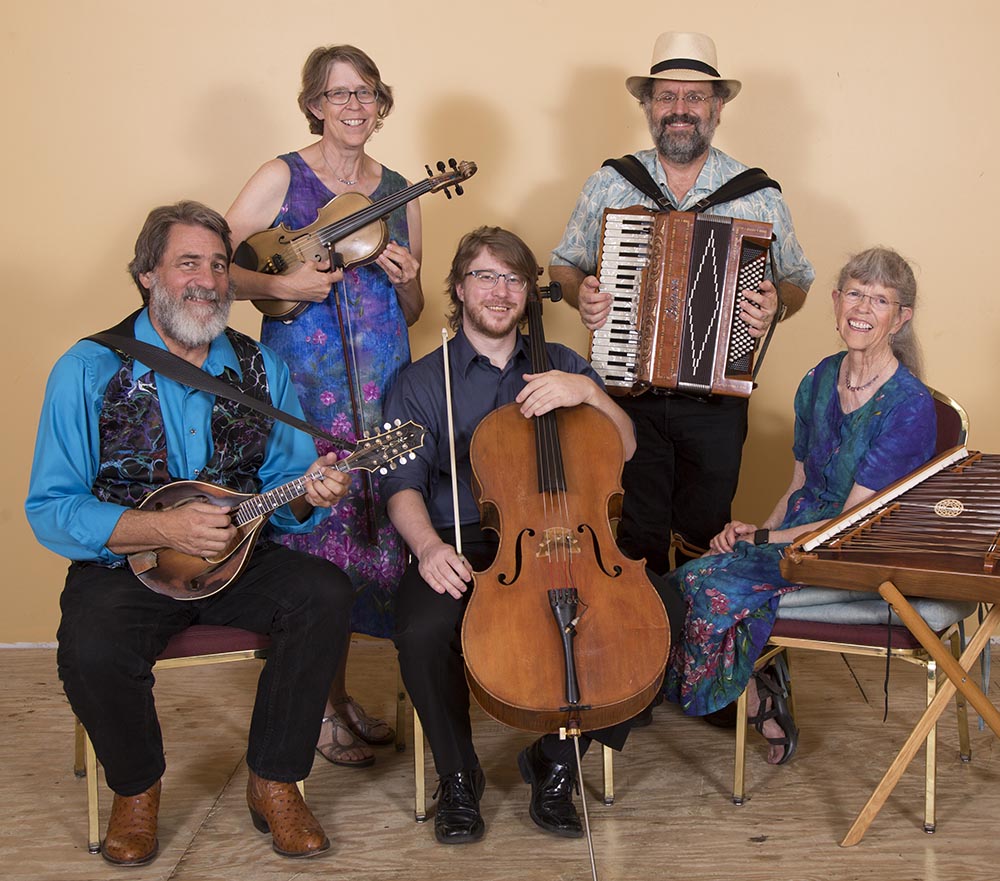 Prairie Dog Picnic is Dave Firestine on mandolin, Kate Kerr on fiddle, Phil Norman on cello, Rodney Sauer on piano and accordion, and Bonnie Carol on hammered dulcimer. Kate is one of those fiddlers who got raised the right way with correct positions and classical music but somehow got sidetracked into old timey, French Canadian, and contra dance music. Rodney is such a fixture at the Front Range Dances that it might be redundant to remind you that he plays traditional music, yes, but he’s also the musical composer and director of a very important silent film ensemble, The Mont Alto Motion Picture Orchestra. Now Phil Norman: who doesn’t love the cello, and when played by a genuine music school graduate who illustrates that anything can be beautiful on cello, it’s irresistible. Bonnie Carol has made her living playing music for … oh … too many years to mention and has won or placed in all the hammered dulcimer contests in the nation. The four amply educated musicians come together to make new sounds from old music!