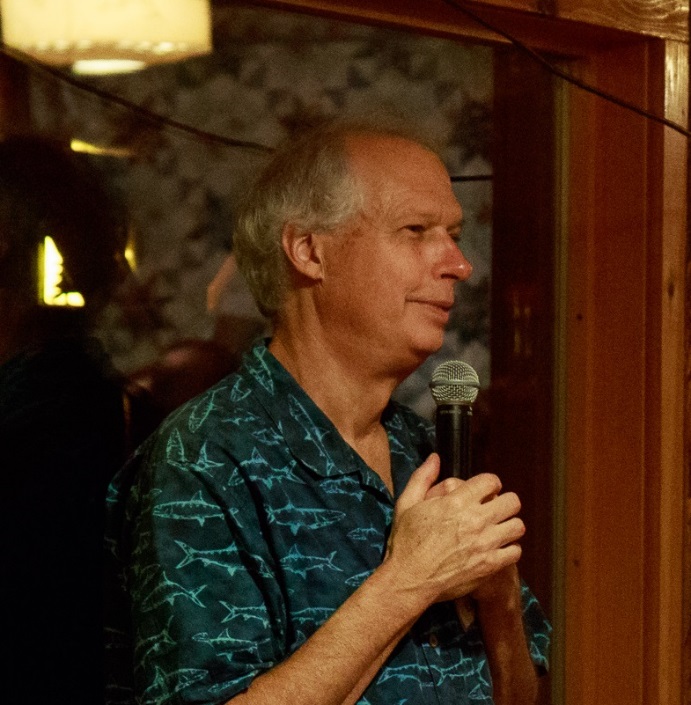 My goal as a dance leader is to teach clearly, call in a mellifluous style and to strive for that peak dancing experience – those magical times where the dancers, the movement, and the music are one. I have a reputation for choosing flowing dances, and to attempt enough clarity of explanation that, very often, no walk-through is needed.

Denver Contra with The Bost-Chester Allstars 1/28/2017

Set dancing of one sort or another has been part of my life since high school. In 1972, in suburban Baltimore, Maryland, I along with some classmates joined a Western Square Dance club. By 1973 I had started calling dances. This activity continued and increased through my college years in Pennsylvania and in my subsequent move to the Boston area. By 1983 I was teaching a club square dance class every week, and calling at least two other dances per month. In 1981, some of my square dancer friends invited me to the Concord (Massachusetts) Scout House contra dance. I wasn’t an instant convert, but over the next few years my contra dance activity increased; I was certainly more drawn to the music of contra dance than that of Western Squares. Also in 1981, I began playing the hammered dulcimer. The Celtic and New England music I loved and learned to play went together with my interest in the dance.

In 1985, I moved to Southern New Hampshire and found the contra dance community much friendlier than in Massachusetts. I began regularly attending the Nelson (NH) Monday night dance which was an open band / open caller format. An opportunity came in 1986 when a scheduled caller didn’t show up at one of the regular local dances. I filled in with what contras I could remember and a few made up on the spot; I was out of the closet! There was a considerable overlap of my square and contra dancing and calling career, but there was an inexorable shift — I did my last club dance gig in 1987 at the National Square Dance Convention.

In the early 1990s, I was part of a 4-person New England band called “Storm in the Tea.” Amongst us we had two callers, and typically split the calling and playing of each gig. We were drawn to what was, at the time, a rather untraditional style: instead of playing tune sets in unison, Celtic-style, and fairly straight, we tried to modulate the energy through a set of tunes to create a definite mood. This style has become the norm in modern contra dance music.

I moved to Colorado in 1995, and have made this — the land of (some of) my youth back in the 1960s — to be home. Since my move here, I have performed at least monthly as both a dance caller and a musician, playing with the bands Southwind (playing hammered dulcimer) and Purple Zephyr (playing percussion).

From late 2016 I have been leading the Front Range Megaband. We perform at dances a few times each year. Recently I have been drawn back toward square dance – to old time traditional dances – and creating new symmetrical squares phrased to traditional contra music, using familiar figures and requiring minimal, if any, walk-through.